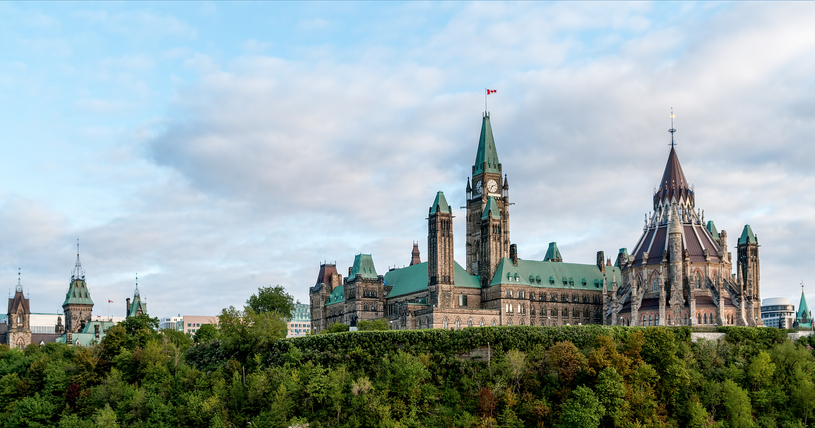 When Frederick Banting discovered insulin at the University of Toronto in 1921, he saved the lives of millions of people with type 1 diabetes, which up until that time killed all its sufferers, usually within a year. As someone who has lived with the disease and lost close family members to complications of its other form — type 2 — I am hugely grateful to Dr. Banting and his team for their discovery. In 1921, though, diabetes was a much less common disease than it is now. In fact, the number of people in Canada with diabetes has doubled since 1980 alone.

Today, one in three Canadians lives with prediabetes or diabetes. More than half of the Canadians who are 20 years old today will develop the disease in their lifetime. For First Nations peoples in Canada, that risk is up to 80 percent and in some subgroups within this population, it is even higher. And at the rate we’re going, according to the International Diabetes Federation, the cost to our health care system (to say nothing of the cost in human suffering) will top $39 billion within a decade. This year’s cost to Canada’s health care system is expected to be more than $27 billion.

While extensive effort is being made to address this epidemic, what we are doing now is not working. We do not have a coordinated or comprehensive enough approach or policies in place to address the complex issues involved. Currently, each of the provinces and territories works on diabetes in its own way, which has not facilitated economies of scale or rapid knowledge-sharing and results in a patchwork approach to prevention and treatment and great health inequities for people with diabetes across Canada. We urgently need a national diabetes strategy to improve the prevention and management of diabetes in Canada. The federal government has a unique opportunity to create a partnership of governments, civil society and private sector to implement that strategy.

Additionally, there’s a precursor condition known as prediabetes. Prediabetes refers to blood glucose levels that are higher than normal, but not yet high enough to be diagnosed as type 2 diabetes. Nearly 50 percent of those with prediabetes will go on to develop type 2 diabetes.

According to the World Health Organization 2016 Global Report on Diabetes, globally, the number of adults living with diabetes has quadrupled since 1980, from just over 100 million to more than 400 million. In 2012, the disease directly caused 1.5 million deaths, and elevated blood glucose levels linked to diabetes were responsible for an additional 2.2 million deaths that year.

Many people, including policy-makers, don’t think diabetes is a particularly serious disease, which illustrates how much is truly unknown and may be contributing to the slow response. There is a lack of understanding that diabetes-related complications can be serious and life-threatening, adding to the health care and economic costs of the disease. For example, people with diabetes account for 30 percent of strokes, 40 percent of heart attacks, 50 percent of kidney failure requiring dialysis and 70 percent of amputations in Canada each year. The life expectancy of a person with diabetes is shortened by an average of 13 years.

Something must change, urgently. Canada has an unprecedented opportunity to implement innovative policy and exercise global leadership with bold action on diabetes, paralleling what Finland, Sweden, Denmark, India and other progressive countries have done. These countries have brought together all levels of government and created public-private partnerships to implement nationwide strategies to tackle diabetes and, critically, measurement systems to gauge their impact, enabling them to start to lower the prevalence of diabetes in their countries.

A Canadian national diabetes strategy would set out specific outcomes, against which progress could be measured to ensure the accountability of our health care system and to monitor the efficacy of the strategy. Recognizing this, beginning in late 2017, Diabetes Canada has convened nearly 120 individuals representing 100 national stakeholder organizations to build the framework for a new national diabetes strategy, which we are calling Diabetes 360˚.

This flexible framework — modelled on the proven, ambitious “90-90-90” approach used for HIV/AIDS and other global disease prevention and management strategies — can deliver results in just seven years by focusing on the following key targets and corresponding examples of strategies that, if implemented, could meet these targets.

By meeting these targets, we’ll ensure that fewer people develop diabetes and its complications, and that those who do live with diabetes have a greater sense of well-being.

Throughout the process of developing the framework for a national strategy, the principles of a value-based health care system that improve patient health outcomes without increasing overall health care costs were kept in mind. It is believed that much of this work can be accomplished in time within the current envelope of health care spending in Canada through greater coordination of care and best practices.

If these targets are embraced, the benefits can be enormous. We could prevent over 1 million Canadians from receiving a diagnosis of type 2 diabetes in the next decade. We could also prevent over 50,000 lower limb amputations and 350,000 hospitalizations, saving our health care system $36 billion in the next ten years.

To achieve this, in Budget 2019, the federal government should establish a national partnership (like the Canadian Partnership Against Cancer) and invest $150 million in funding over seven years to support the development and implementation of the framework. The partnership, which would be composed of representatives of all levels of government and civil society, would work with provinces and territories to implement the Diabetes 360˚ targets in a manner customized for each jurisdiction. Concurrently, the federal government should facilitate the creation of Indigenous-specific strategic approaches led and owned by Indigenous groups as part of the national diabetes strategy.

The payoff could be enormous. A national diabetes strategy can save our health care system billions of dollars in the short and long terms. For example, if every Canadian who has prediabetes had access to the proven diabetes prevention program, we could prevent more than 100,000 Canadians from receiving a diagnosis of diabetes every year. If we improved the care that those already living with diabetes receive, research shows we could prevent a minimum of 5,000 amputations and 35,000 hospitalizations each year. That would save $18 billion in the next decade. That’s a pretty strong return on an investment of $150 million.

There are also significant savings to be realized by Canadian businesses. According to Benefits Canada, each employee living with diabetes costs his or her employer an average of $1,500 per year in lost productivity, and another $1,500 per year in extra benefit plan costs. Preventing those 100,000 Canadians per year from developing diabetes will save Canadian businesses a further $18 billion in the next decade.

It’s time for urgent change. This is not an epidemic that will be addressed by personal willpower and shame. To blame and stigmatize those living with type 2 diabetes for their disease is not only unhelpful, it is a vast oversimplification. Type 2 diabetes is caused by a complex array of factors including genetics, lifestyle and environmental factors such as poverty, reduced access to clean drinking water, food insecurity and a disease-promoting food and physical environment.

For the millions upon millions of Canadians who already have or are well on their way to developing diabetes and its many complications, the time to fix the problem is now.